Quite miraculously he survived the muddy hell of European battlefields, the deadly labyrinth of the trenches and the storm of shelling that mashed men and earth alike. Ernst Jünger (1895-1998) will always be, first of all, the German soldier who kept escaping the clutches of death. In 1918, the war at last ended, he suddenly found himself centre stage, a national hero, a heavily decorated young Spartan. He then could have become a true champion of nationalist revenge and political ‘frontism’. Many wanted the bravest of veteran soldiers to stand up as the new leaders of the beaten fatherland. But Jünger wanted to be a writer.

Considering his background as one who so often had stared into the empty face of death, it comes as no surprise that the subject of nihilism fascinated him for many years. It is not the nihilism of endless trench warfare he addressed, though, but the nihilism he found in modern culture. This can be seen in Über die Linie, the long essay he published in 1950, after another world war had raged and Germany had, more or less, forgiven him for serving the Nazis as a military man.

Nobody could escape from nihilism, Jünger wrote in his essay, but still it was hard to define its essence. He began by explaining what it is not. Nihilism should not be confused with chaos. In fact, it strongly prefers a disciplined order, a strong state and an elaborate bureaucracy. However, this political order of the nihilistic state completely lacks an ethos of any kind. Nihilism needs such a power-based political order because it can no longer revert to the binding force of (Christian) values.

Nor should nihilism be called a disease, Jünger felt; it is not the result of decadence. Quite the contrary: it promotes physical health and cultivates the strong performance in both work and sports. The physical hardening of men, the relentless training to achieve an ‘automated’, machine-like strength and tireless capability, these are nihilism’s goals. Jünger used to speak of the “total mobilization” of the workforce to describe the strategy of the nihilistic state.

Next he tried to make it clear that, although nihilism results in the degradation of all the higher values, is should not be associated with evil as such. What nihilism does, instead, is to blur right and wrong. It propagates its own indifference towards all ethical questions of good and evil.

Many of nihilism’s characteristics Jünger mentioned in his essay are a consequence of this non-ethical position. ‘Holiness’ no longer exists for the nihilist, in whose eyes nothing (neither in the realm of religion, philosophy, art, or nature itself) could represent an absolute value. The last reason for veneration had evaporated. Because of nihilism all values and rules became provisional and instrumental, and it remodelled life after the image of the factory or the working space. 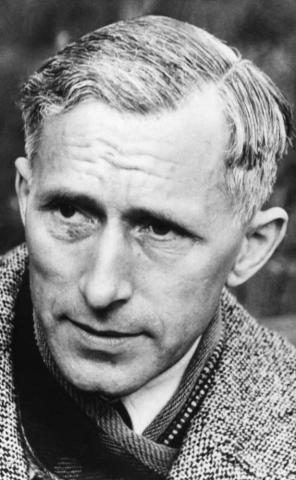 Jünger reached the conclusion that nihilism had developed into a style. A style of order and physical discipline, of competitive spirit and athletic strength, but also of cold mechanics and technology. It is the style of industrial man and the anonymous masses in the modern extended cities. But most of all, he thought, it was the style of reduction.

The world of nihilism is a sharply reduced world, in which beauty, truth and the moral good are stripped of their deeper meaning. Scientific theories lose their rich complexity and are simplified to one or two laws or patterns. The polymorphic character of the world is ignored, reducing reality to economic prosperity, speed, and machine-power. Men are forced to adhere to a strict specialisation in their labour or study, and to make sure everything is measured and quantified, as well as reduced to pure causality.

Jünger told his readers that he was convinced nihilism was the main theme in literature and history ever since 1850. Nevertheless, in the year he published Über die Linie – 1950 – he perceived certain signs indicating a turning point. Mankind was moving away from “the line”, the “primary meridian”, of nihilism. Following Nietzsche and Dostoyevsky he stressed that, from the start, nihilism had been a phase in cultural development, not a permanent situation. The first sign of the turn was, in his view, that the spell of radical political ideologies was beginning to wane. Simultaneously the power of Leviathan – the monstrous state of totalitarian nationalism – was becoming less powerful because of globalization.

Why did he believe globalization to be an anti-nihilistic force? He saw it as a development that stimulated the people’s concern with the future of the planet as a whole and that could lead to a world state. The then emerging unified Europe, as a “third force” on the world’s stage, would stimulate globalization, he expected. Besides, astronomy, physics and biology were expanding our general knowledge to such a degree that fundamental levels were reached, which could no longer be reduced to some simple laws or quantifiable relations. These findings demanded interpretations of a theological kind and, as a parallel, he saw “theological themes” emerge in literature.

He made sure to underline that nihilism had not been overcome yet. The deep wounds of the two world wars would have to heal first. The economic singleness of mind and the moral indifference of later-day liberalism were still in place. So was the wasteful exploitation of “the world of machines and automatons”. These destructive and levelling tendencies would still have to be adjusted.

But most of all the inner emptiness people experienced, as well as the existential fear it caused them, had to be remedied. As long as this void had not been ‘filled’, modern man would be tempted to flee in the expansion of political power and nationalist conquest, or in the speed and efficiency of transport and large-scale production.

What was most needed, however, was a new “turn to Being” (Zuwendung des Seins). This is the formula of Heidegger that Jünger adopted. The very moment the line of nihilism would be crossed, such a turn to Being would take place. It would be the confirmation that the nihilistic phase had been left behind. At this point Heidegger firmly disagreed (though he much respected Jünger’s view on the topic). He took the trouble to write a brochure to answer Jünger, explaining that nihilism went deep, being at the core of the whole philosophical tradition the West had established on the basis of Greek metaphysics. To leave nihilism behind, the basic traits of Western philosophy would have to be redrawn according to Heidegger, creating a philosophy of being.

Jünger kept to his belief that, with the great political ideologies and their monster states gradually losing control, the individual would reclaim its liberty. He felt sure that, since liberty could not be found in the emptiness nihilism had created, the individual would choose to live in the ‘oases’ outside the state’s order. The metaphors he used to depict this newly found freedom were the ‘wilderness’ and the ‘forest’.

These were not places of exile, but of a proud retreat from the terrain the state controlled. In the forest (the Wald) the independent individual would be reunited with the primeval grounds of his existence. Jünger didn’t mean all free individuals would, literally, have to go and live in the woods. One could find one’s own ‘wilderness’ within social and creative life: the ‘areas’ of love (Eros), artistic creation, and the personal relation to one’s own death could not be controlled by the state. The day will come, he predicted with some drama, that truly free man will suddenly step forward from such ‘wilderness’ places, “like a lion leaping from the brushwood”.

Jünger’s essay begs the question where we stand, more than 65 years later. Is our mainstream culture still nihilistic? If we accept Jünger’s elaborate defining description of nihilism, the answer probably would have to be affirmative. The absence of the higher values in modern lives, the daily roundelay of immoral and amoral actions, the heavy claim of work and rule-based living in large organizations striving for ‘lean’ efficiency, the domination of the economy and the omnipresence of economic reasoning, the attraction of speed and thrills as substitutes for a meaningful existence, the enduring emptiness inside and, above all, the lead modern technology has taken over everything: it all strongly resembles an extension of the cultural situation Jünger described in 1950. Is being constantly ‘on line’ not basically a kind of ‘total mobilisation’?

Of course, we could (in Nietzsche’s way) revalue the values set by Jünger. Does it make me a nihilist when I frequently participate in sportive activities? Doesn’t the internet offer new possibilities for meaningful personal education and development? Can not the same be said of the enormous speed in the global interchange of information we have achieved? Still, the fact remains that technology has gained more and more control over our lives. We have developed over the past decades a culture that is profoundly technological, becoming more data-driven and mass-controlled every year. This seems to be exactly the kind of culture Jünger (as well as Heidegger) was anticipating with quite some anxiety. Are we in the process of selling our souls to a new Leviathan? What freedom is left to us when every lion hiding in the brushwood is permanently monitored from above by drones and a whole army of security satellites?